How To Divide Perennials Successfully 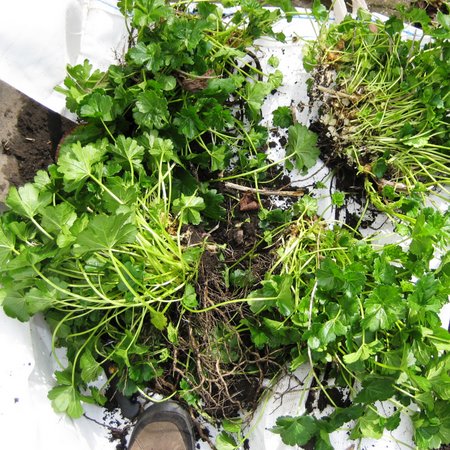 ...you notice that your previously flourishing plants have become less vigorous and flower less profusely as the clump becomes congested.

...a plant has outgrown its allotted space.

...you simply want to increase your stock of plants.

If any of these apply to you, it's time to think about dividing those plants! If you've never divided a perennial before, don't worry, it's a very straightforward procedure and requires no special equipment.

Read through the step-by-step guide below to familiarise yourself with the process and then give it a go!

Try not to divide perennials on a very hot day otherwise the newly divided plants will become stressed.

If you can't avoid this, keep the replanted divisions well watered and protect the shoots from direct sunlight with horticultural fleece for a few days.

Try not to over-divide perennials by separating into very tiny pieces as these do not establish as well as larger divisions. As a rough guide each division should be no smaller than the size of your palm.

If it's too late and you find you have already done this, grow the divisions on in pots for a season before planting out.

If the weather has been dry, give the plant a good watering the day before you plan to divide it.

Allow enough time, if possible, to replant the divisions straight away. If you are unable to do this you can dip the roots in water and pop them in plastic bags in the shade for an hour or two.

Gather your equipment together. You will need a spade, one or two garden forks, a tarpaulin or piece of heavy plastic, a hand trowel and fork, and a watering can. 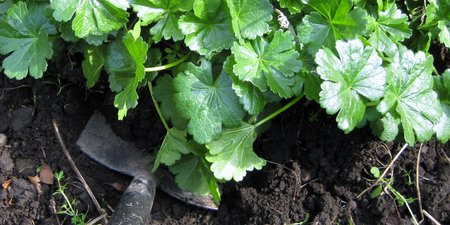 Start by using a spade to cut into the soil all around the perimeter of the plant. Allow plenty of room so that the root ball stays as intact as possible. As a rough guide allow a margin of at least 10cm (4in). 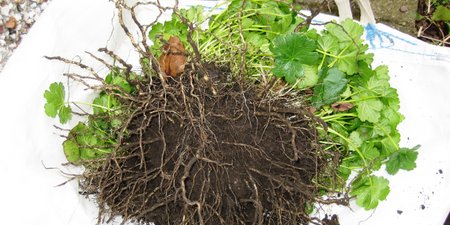 Lay down a tarpaulin or a sheet of heavy plastic then carefully lever the plant out of the ground using a garden fork. If the clump is very large you may need two people, or, if you are on your own, just chop it in half where it is and lift the pieces separately. 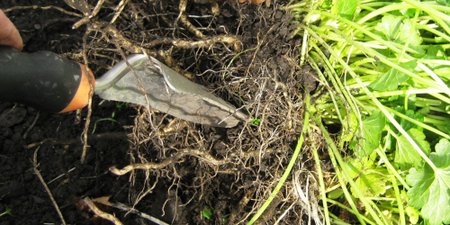 Remove as much loose soil from the roots as you can so that you can see what you are doing. Either scrape it off with a hand fork or trowel or drop the entire clump on the ground a few times to loosen the soil. 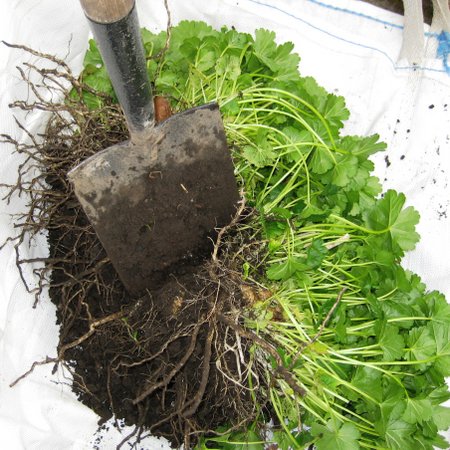 Inspect the plant to see which are the healthiest parts and which parts are old and unproductive and will be discarded.

Separate the plant into smaller pieces by one of the following methods:

Don't be afraid to get tough if need be. The photo shows a spade being used very vigorously to divide a clump of Sidalcea (False Mallow)!

Pick over each division to remove perennial weeds and any damaged parts and then replant as soon as possible. 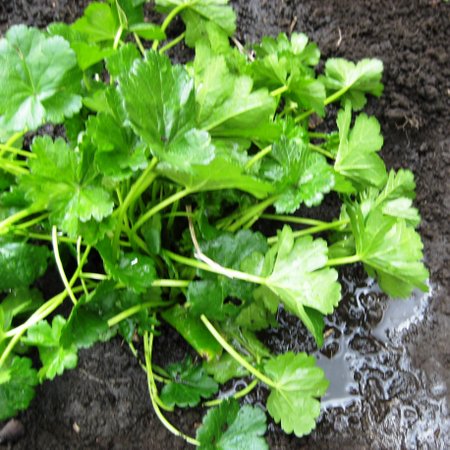 Take care to plant the new divisions at the same depth as the parent plant - if you plant too deeply they may rot.

Make sure the roots are spread out well in the planting hole and firm the soil down well.

Water thoroughly, taking care not to wash the soil away from the roots, and keep well watered for the first few weeks until established.

There is more information about dividing perennials at When to Divide Perennials.